I was asked by an author to give a book review of her new novel that was published in 2012 and is based on schizophrenia from a family member's perspective. This is my first time reviewing a book, at the request of an author, however, I've been asked before, but shied away from doing it for differing factors. Terri Morgan's email request caught my attention and interest immediately, and I called her shortly after to learn more about the book and how I could help the cause.

I want to thank Terri for giving me the opportunity to write a book review for her. I feel honored to be a part of her awareness and anti-stigma effort.

Below is my book review:

When Terri Morgan, the author of Playing the Genetic Lottery, first contacted me by email to ask me to give a review of her new novel, she immediately informed me of her intentions, “My goals in writing this book were to reduce the stigma about mental illness, provide information about mental illness and treatment, and validate the experiences of families and caregivers.”


As a mental health advocate, individual living with schizophrenia, and also a mother, I can understand and relate to the complexity of situations acknowledged in this novel. After reading her fictional narrative about a woman, Caitlin Kane, who has unique experiences with mental illness- she was raised by two parents that have schizophrenia- I encourage students, and families effected by the illness to read this novel because it exemplifies all of the author's objectives.
In fact, as I read the novel I could nod my head in agreement at the description of scenarios and thought to myself, this author really gets it! By this understanding, I recognize that Ms. Morgan must have performed extensive research to articulate the emotions, fears, and actions so eloquently proclaimed throughout the fictional lives depicted in this story. I appreciate the unique mental health experiences represented in this novel to help educate the public, we need more examples of diverse lifestyles, the realities of schizophrenia, and its impact on families.
Schizophrenia is a very complex mental illness that has a tendency to “run in families.” There are a lot of misconceptions about individuals living with this mental health challenge. The truth about people living with this condition is they have vastly different experiences, for some individuals who are in treatment, and others who are not. Also there has been a major shift in the way the mental health system cares, treats, and supports recovery.
I have personally experienced some of the incidents depicted in this novel such as living arrangements, legal enforcement, and family support, among other similarities that parallel my own recovery. I understand that one book cannot effectively express everyone's experience. But there still needs to be a balance in portraying the lives of individuals who are diagnosed with schizophrenia and the reactions of their family. A single book cannot express the spectrum of what recovery looks like to all. Yet, Terri Morgan provides a great description of the differing lifestyles and coping skills practiced among characters who have mental illness in this novel that are realistic.
With that said, I like this novel because of the way Ms. Morgan describes people living with schizophrenia and their impact on the family, which were well articulated. As evidence of understanding the complexity of challenges brought on by the family unit as a result of the person living with an illness Ms. Morgan includes a plethora of mental health related situations.
For example, suicide is largely misunderstood in our society and the people that engage in suicide attempts or who commit suicide are commonly shamed by the community, despite their anguish as a result of suffering from mental illness. However, Ms. Morgan addresses this problem head on, and many other challenging situations, which allows the reader to see another perspective on these issues in order to ultimately alter their views on such difficult situations and to express compassion.
Also, another interesting underlying truth that I liked was bringing attention to the fact that many individuals who have mental illness engage in hobbies and careers that are based on their creativity. Other subtle learning points suggest that people who have a diagnosis are striving to cope with the daily struggles of life like everyone else- working, raising a family, relocating, and supporting each other.


However, the concerns I had as an advocate and individual living with schizophrenia was the use of the term “schizophrenic.” In my experience with peers who are living with the illness, including myself, there has been a shift in language from using the word “schizophrenic,” which is replaced by the popular phrase: “individual living with schizophrenia.” The mental health community is starting to avoid the term “schizophrenic” because it identifies the individual by their illness instead of simply stating they are an individual who has schizophrenia. However, a large majority of people directly impacted still use this word, but it will inevitably expire in the future.
Despite this concern, by the end of the novel, I could overlook the terminology because of evidence of the sincerity in the author's tone carried out through this fictional yet seemingly real story. Moreover, the educating moments such as varying treatments and therapy, assisted outpatient treatment, support groups, and countless other practices within the mental health community are invaluable.
Lastly, in another email to me, Ms. Morgan reemphasized, "my novel will help educate people about the disease, how it can be treated, and how family members and close friends are impacted when a loved one is ill. By raising awareness, I hope to raise compassion. I also hope my novel validates the experiences of families and caregivers, and helps remind them of how valuable their love and support is."
Terri Morgan author and co-author of eight non-fictional books, in addition to Playing the Genetic Lottery, her first book of fiction, is an eloquent writer on the subject of schizophrenia. I believe she is a remarkable author because of her unquestionable evidence of elaborate research on experiences with schizophrenia. She has opened the door to a minority group that is largely misunderstood and misrepresented. I support her anti-stigma efforts as both an advocate and individual living with the illness, by promoting this book because it educates readers on the myths, lifestyles, and treatments of individuals living with schizophrenia. The novel also includes discussion questions for book clubs and readers.
Terri Morgan has been writing professionally since 1980, and has written material in countless newspapers and magazines. To purchase the e-book or hard copy of Playing the Genetic Lottery, you can visit her website at www.terrimorgan.net or go to amazon.com. Some of the proceeds are donated to mental health organizations and research.

I too have read the book for review. I was asked through my blog site to and although i didn't know anything about the book to start with i empathised with the characters and feel more informed of the subject now. I have some mild experience of schizophrenia, but not from a family point of view.
I have suffered from depression for most of my life now and i could even see parts of my thoughts and feelings cropping up in the book.
Having come accorss you blog now i will be following it and look forward to reading more about your expreiences and ramblings throughout life.

The book was very educational- its why I liked it among other factors too- I will visit your blog. Thank you.

Thank you for this review. I too have been asked to review this book. However, i have a great deal of trouble reading anything longer than a blog entry, and i wonder if you would mind if i reposted your review on my blog, with all credits given to you, as well as a link back to your original page. I would like to help the author out but do not feel confident that i could finish the book and review it myself. Please let me know if you would mind if i did this? Pam Wagner of wagblog

You most definitely can re-post this book review on your site, please place a link back to my blog as well. Thank you.

In addition to the symptoms of this thought disorder, stigma is a great challenge, especially self-stigma. I believe it is among the top... 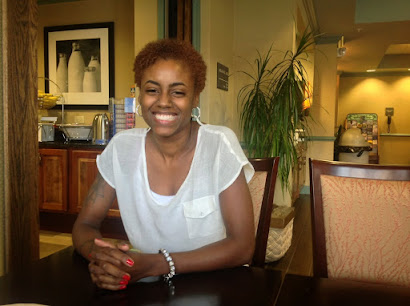 Thank you very much for this recognition. Ashley Smith

My Anti-Stigma Message: There is Hope

When I was diagnosed there were not a lot of recovery stories on schizophrenia. The only story I could identify with was the movie, Out of the Darkness that features Diana Ross.
Over the years, I have been called demonic on a few occasions due to my diagnosis. This is scary to me because I do not see myself as a threat or evil spirit. I identified more with college students, I dropped out of school as a result of my illness. I was diagnosed at age 20. Now I am a mental health advocate that aims to debunk myths and continue to strive to live well in recovery in spite of widespread stigma.
I am appreciative of Janssen Pharmaceuticals educational non-branded platform that aims to reduce stigma. In 2011, they spearheaded a documentary that shows how recovery is possible for persons living with schizophrenia. This was my first time seeing recovery in a positive light opposed to simply limiting us to the largely characterized symptom of hallucinations and voices. The half hour film is titled: Living with Schizophrenia, A Call for Hope and Recovery (2011).
Through this blog I aim to offer hope and awareness. Moreover, I want to be an inspiring peer for others who are also diagnosed with schizophrenia and related conditions. So many of us are suffering in silence and do not have hope due to the stigma that society and others project onto us.
This blog details my journey in recovery with a hopeful attitude. Thank you for visiting my blog. 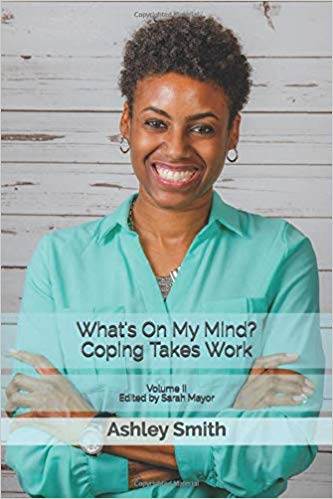 Ashley Smith was featured in a mental health awareness story along with Jewell Gooding of Mental Health America of Georgia, which aired February 14, 2019. Thank you, WGXA News Anchor, Nakell Williams and Fox 24 for bringing awareness to mental illness.

An hour discussion on coping skills. Sponsored by Janssen Pharmaceuticals.