Lost but Not Forgotten 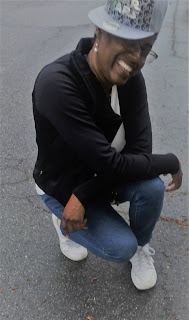 Have you ever been lost? Have an outdated GPS? Lost your keys? Or, simply lost yourself in a relationship? I have too, but more than that I lost myself. I lost my sense of direction. I lost time. I lost my ability to function. I lost my capacity to decipher reality. I lost Ashley.

In the beginning, back in June 2007 my family filed a missing person’s report with the police. My mother thought the worst when the detective called. Nobody knew what happened. Finally, the detectives discovered my whereabouts. I was jailed. I was 20 years old with no criminal history, but that changed when I experienced a breakdown.

A few months prior to my breakdown I was a junior at a private liberal arts university. I made the Dean’s List my freshman year. Thereafter, my academic excellence gradually declined. I was a student mentor, cross country team runner for three years, a youth assistant coach for home-schooled children, and also a youth church teacher for the AWANA (Approved Workmen Are Not Ashamed) program. When I had my breakdown I dropped out of school, relocated, isolated, and developed excessive paranoia over associates and relatives.

One Sunday morning I got ready for church. I did not stay for the morning Bible study. I was afraid of my fellow church members, they seemed demonic and out to kill me. I went missing for a few days. During my absence I was in a daze and unable to think clearly. I did not trust anybody including family. I did not seek help, support, nor understanding. I did not know I was lost in mental illness until I was hospitalized a few months later. In jail, I lost track of time, understanding of my incarceration, and myself.

While I was in the psych ward of the jail I became catatonic. I did not move for several days. I laid in bed in my cell alone, thinking racing thoughts and sometimes no thoughts. The nurses, doctors, and guards did not forget me. My family did not forget me, but I did.

Finally, when I came back I remembered, and longed for my old self. The Ashley in school. The Ashley at work. The Ashley I used to be- sociable, ambitious, and creative. I did not know mental illness nor what recovery could look like. I used to desire my old mindset and life, but now I do not, because I created my new norm. Still, a part of me is that old Ashley, but with a different approach to life.

Today my norm is striving to live well in recovery, which looks like continuously trying to stay in a good place. I seek peace, not happiness, because happiness is fleeting. I aim to maintain a routine that includes praise and worship, light exercise, okay diet and sleeping habits, plus a lot of coping techniques to carry out checks and balances on my mood, thoughts, and actions. I was lost, but not forgotten. I hope others like me will accept that they were lost, but not forgotten. To my peers- keep striving to stay in your good place and run after recovery, you are not alone.

This is difficult to write about. Because I’ve been there…

Yesterday, I ran a few errands. After I stopped in the middle of the road for a pedestrian to cross the street I saw a couple of police cars stop ahead of me. Nothing seemed out the norm in spite of the blue lights. And then I turned the corner at the traffic light. As I turned I saw a naked woman sitting on the stones off the side walk. She looked familiar. She had done this before about a month ago, because I frequent the area and saw her before. Now I know why the police were there.

Immediately, a wide range of emotions overwhelmed me—for the woman, the bystanders, but also for myself, because I’ve been there.

When I was not present, time did not exist, nor did the understanding of consequences for my actions. I was simply just there. Others say I stared off into the distance for what seemed like hours or laid in bed for days. I did not know my mind was deteriorating, my understanding was fading, and my reality was flawed. I experienced psychosis and also catatonia.

It hurt to see the woman in the street in a poor state of mind. She would be the talk of the day of the bystanders who would not understand. Where was her family? Did they give up on her without understanding, and ostracize her?

When I headed back an ambulance arrived. It bothers me whenever the states’ budget for behavioral health services are at risk and reduced. Likewise, I hope the budget for these services are not cut for the state of Georgia for the year of 2021.

Naked. It is a clear demonstration of lack of treatment. How can governments tolerate ongoing budget cuts when people like you and me are suffering or enduring significant stigma, symptoms, and shame. There is no shame in having a diagnosis, but there is shame in being a part of the problem. Stigma, budget cuts, and ignorance—these are shameful acts that must stop for our well-being.

How to Cope with Dark Seasons

I aim to empower those affected by mental illness. However, the truth about recovery is there will be many dark seasons. Still, I hope peopl...

Thank you very much for this recognition. Ashley Smith

"I Choose to Live Award"

Thank you very much Jen from Suicidal No More Blog, April 2012

Ashley Smith was featured in a mental health awareness story along with Jewell Gooding of Mental Health America of Georgia, which aired February 14, 2019. Thank you, WGXA News Anchor, Nakell Williams and Fox 24 for bringing awareness to mental illness.

An hour discussion on coping skills. Sponsored by Janssen Pharmaceuticals.